What is your NBA Team Worth in 5 Years? 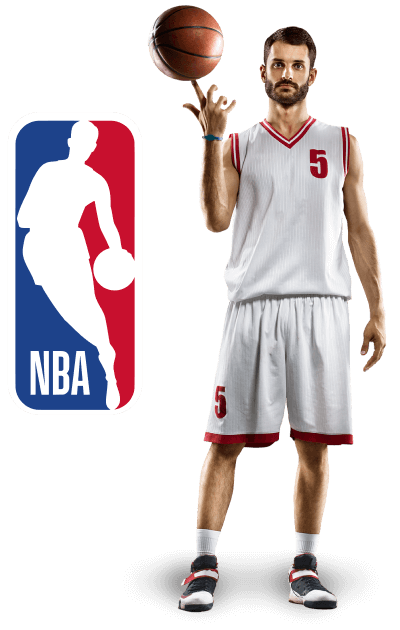 In the last decade, NBA teams have seen their valuations skyrocket. Ever since the LA Lakers became the first team to be valued at $1 billion in 2012, a chain-reaction has led to massive gains for all NBA franchises. Now, in 2022, even the lowest-valued team — the Memphis Grizzlies — is worth $1.5 billion.

NBA betting fans might be happy to find out that by 2027, one of three teams – Golden State Warriors, LA Lakers, and New York Knicks – could become the first franchise with a $10 billion valuation. Find out who has the best chance below!

How much has each NBA teams' valuation increased in the last decade and how much is it predicated to grow in the next 5 years? 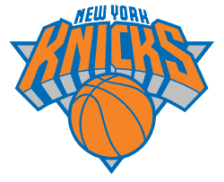 According to Forbes, the New York Knicks are currently worth $5.8 billion as the top-valued NBA team, followed by the Golden State Warriors at $5.6 billion, the LA Lakers at $5.5 billion, the Chicago Bulls at $3.65 billion, and the Boston Celtics at $3.55 billion.

The Golden State Warriors saw a huge leap in their valuation after the team relocated from Oakland, California across the bay to play in the brand-new Chase Center in downtown San Francisco.

By 2027, we project the Warriors will eclipse the Knicks as the most valuable NBA team, worth $9.8 billion. The Warriors are on pace to become the first $10 billion team by 2028.

The New York Knicks are the current richest team in the NBA despite numerous losing seasons in the last 20 years. They've continued to rise in value largely thanks to their iconic arena, Madison Square Garden. Even when the Knicks are terrible, they sell out every game. In five years, we project the Knicks will be valued at $8.6 billion.

The Lakers continue to be one of the most valuable NBA teams, and we project they'll be worth $8 billion in 2027.

The Memphis Grizzlies were valued at $1.5 billion by Forbes and ranked #30 out of 30 NBA teams. The New Orleans Pelicans were a close second at $1.53 billion, followed by the Minnesota Timberwolves at $1.55 billion. All three small market franchises struggled with losing teams over the last few seasons, and none of them boast a lucrative cable TV deal like major media markets teams located in Los Angeles, New York City, or San Francisco.

However, by 2027, even the three lowest NBA team values will see an increase by one billion dollars. The Memphis Grizzlies are a team on the upswing thanks to All-Star point guard Ja Morant. We project the Grizzlies will be worth $2.26 billion in 2027. The Minnesota Timberwolves – who play their home games in Minneapolis and advanced to the playoffs this season – will be valued at $2.37 billion. The New Orleans Pelicans are projected to be worth around $2.31 billion.

Across the entire NBA, teams have seen their revenue increase over the last 10 years. While the pandemic may have knocked that momentum slightly off course, highly lucrative TV contracts coupled with decreased player salaries have kept the damage from being too significant.

Now, with the return of normality, teams are set to get back on track. Find out who will have the highest revenue in 5 years below.

How much has each NBA teams' revenue increased in the last decade and how much is it predicated to grow in the next 5 years?

Revenue is vital to the financial health of the richest NBA teams. The Golden State Warriors sell out almost every game and it always helps that every kid in Northern California wants to wear Steph Curry's #30 jersey.

The Warriors are projected to earn $608 million in 2027 for our highest revenue prediction.

As much as fans would love for Dolan to sell the New York Knicks, he'd be foolish to part ways with a massive revenue maker. The Knicks are predicted to earn $539 million in 2027, which is based on ticket sales, food, and liquor concessions.

The Orlando Magic are one of the worst teams in the NBA and they struggle with fan attendance. The Magic have a young and exciting team, but their miserly ownership does not spend money to attract top free agents, meaning they have one of the lowest NBA team salaries. The Magic are projected to have the lowest revenue out of all 30 NBA teams with $277 million in 2027.

The Milwaukee Bucks are projected the second lowest with just $289 million in revenue by 2027, which is surprising considering they won the 2021 NBA championship with Giannis "Greek Freak" Antetokounmpo -- who is one of the most popular NBA players in the world.

The Detroit Pistons are a perennial bottom feeder in the NBA, so it's not surprising that one of the worst teams in the NBA struggle with poor attendance. The Pistons are projected to earn just $290 million in 2027.

When Dr. Jerry Buss bought the Lakers in 1979, many other owners replicated his vision and business practices which made the NBA one of the most successful pro sports and entertainment entities in the world. Every single one of the 30 existing NBA teams are all worth at least $1.5 billion, and those values are expected to dramatically increase over the next five years as the NBA expands its global brand with games streamed in real time all around the world.

By 2028, the most valuable NBA teams will approach a valuation of $10 billion with the Golden State Warriors, New York Knicks, and LA Lakers vying to become the most lucrative franchise in all of team sports.

By 2027, we project the highest valued NBA teams will each generate a half billion in annual revenue.

Sports betting experts OnlineCasino.ca sourced each teams' valuation and revenue from The Business Of Basketball on Forbes.com. Data was captured from 2011-2021 and using this data, the predictions were calculated using a forecast function.

For a full breakdown of the research, please click here.

How much money do NBA teams make?
The average NBA team generated $213.5 million in 2021. The average NBA team is valued at $2.5 billion.
Which NBA team makes the most money?
The Los Angeles Lakers generated $319 million in revenue in 2021.
How are NBA teams valued?
NBA teams are valued based on their location in North America's biggest cities and media markets, the real estate where they play their home games, the strength and loyalty of their fan base, the championship pedigree of the team, and the overall value of their brand.
What NBA team has the highest value franchise?
According to the latest valuation by Forbes, the New York Knicks are the most valuable NBA team, worth $5.8 billion.
Please rotate your device