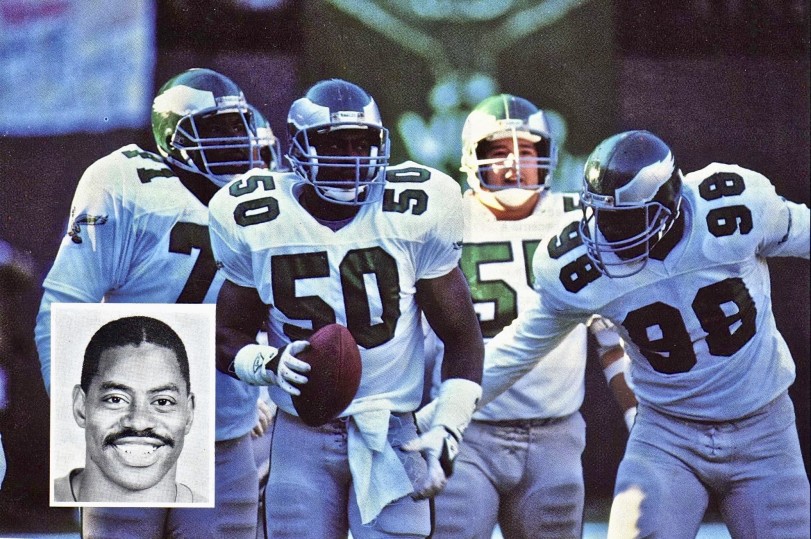 NFL legend and Fox analyst, Garry Cobb, gives us his exclusive preview to the 2022 NFL Season and his predictions for upsets and surprises in the league.

NFL legend Garry Cobb has been thrilling fans ever since he was in high school. Now, he offers us his expert opinion

Who is Garry Cobb?

We caught up with Garry for an exclusive 2022 NFL season preview.

What are your thoughts on the opening primetime game and the Buffalo Bills?

I have talked a lot about quarterbacks, and I think one of the guys people are talking about the most is Josh Allen. I ran into him at the Super Bowl last year, and I almost fainted! The guy is like 6-5, 6-6, and he looks like a big tight end or a defensive end, and he is a quarterback. He is big and strong, and we all know what a great arm he has got. They have a lot of weapons in Buffalo, so Josh Allen, and the Buffalo Bills, think this is their time.

I think this might be their time, because they came so close. They had that playoff game against Kansas City when they really didn’t get a chance to come back and match the score by the Chiefs in overtime. They really put a lot of pressure on the NFL to change the rule. But Josh Allen, I think he is really the most impressive quarterback: his athleticism, his size, the strength of his arm. It looks like the guy can throw the ball the length of the field if he wanted to; he has that strong of an arm. He is a special player, so I am looking forward to seeing him, and to see whether he can step in here and shock some people. They have a team that is hungry to win. Sean McDermott was a coach with the Philadelphia Eagles, so I know him very well. He is very hungry to win, and he was not happy with the way things finished last year. They want to show everyone that they can win the whole thing.

Can any team in the AFC East challenge the Bills?

The New England Patriots started well last year, but they faded a bit. Patriots’ teams don’t normally do that at the end, but you had that young quarterback, Mac Jones, so you can kind of understand that. He was a rookie quarterback playing for them.

I think the division is going to come down to what they can do down in Miami. Can Tua (Tagovailoa), the quarterback of the Dolphins, can he be the quarterback everyone thought he was going to be? He was the fifth pick in the NFL Draft, but there are questions about him. He has some big-time weapons now, so Tua is going to be the key.

Miami has brought in some good defensive players, they have added some offensive weapons for Tua, and everyone is going to be watching to see if Tua can be the quarterback that they thought he was, when they drafted him number five.

He has that relationship with Jalen Hurts, in that both of them played at Alabama. Tua came in and took the starting job from Jalen, and played in that great championship game, when he came in at halftime and brought them back to win the championship. Then Jalen left and went to Oklahoma. We are going to see about Tua.

Everything is about these quarterbacks. He is going to be the key in Miami, but I really don’t think they are ready for Buffalo.

Will the Philadelphia Eagles surprise once again and get better in the NFC East?

I definitely think so. I have been out there at practice pretty much every day and I see a team that is ready to take a step up. They have added some key players on offense and the defensive side of the ball. James Bradbury, they were able to get him in from the Giants at cornerback. They already have a top level cornerback in Darius Slay, so they have two Pro Bowl-level cornerbacks. They brought in Hasson Reddick, pass-rushing linebacker, so he is going to be able to help them get pressure on the quarterback.

If you can defend the pass – as I have said often, this is a passing league –I think they are going to shock some people. Jalen Hurts, he is fired up. He has been looking great out there at practice. In his first preseason game, he was 6-for-6, and marched them all the way down the field for a touchdown.

I think the Eagles are ready to shock some people, and I expect them to win the division. I think they are better than the Cowboys, but they are going to have to go out there and show everybody. They have added A.J. Brown, a top level receiver, to add to former Heisman Trophy winner DaVonte Smith as the other wide receiver. So Jalen Hurts has the weapons, and I think he has an outstanding offensive line: they can run the football, they can throw it, so I think they are going to be very disappointed if they don’t win the division and beat Dallas.

Who is another team in the NFC East that could surprise in 2022?

I respect Washington. I do not respect the Giants. I don’t think they have a clue up there. I don’t expect anything from them.

But the whole thing with Washington is, can Carson Wentz take care of the football, meaning not turning the ball over? He can’t try to be a hero: he has got to take care of the ball. If there is a play there to be made, then fine, Carson, go after it. But if you can see the play has started off and it is going bad, then throw the ball away and wait for the next play.

I think their (Washington) defense is going to be better than they were last year. I think we are going to see the same defense we saw a couple years ago, because they have a lot of quality players. They have all those first round picks on the defensive line. I think the Commanders are going to be the team to compete with the Eagles, even more than the Cowboys. I think the Cowboys are going to fall off, and I expect the Commanders and Eagles to battle for the division. It is going to come down to Carson Wentz, and whether he can take care of the football. We will see what Carson shows up to play, but I think they are capable of giving the Eagles a battle for the division.

Can any team challenge the Packers or Buccaneers in NFC North/NFC South?

The big thing for both of those teams is staying healthy. Both of those teams are in good positions, as long as they keep everybody healthy, especially their quarterbacks. If they lose those quarterbacks, then they are in trouble: they are going to be fighting. Look at the way Brady played last year: he led the league in passing yards, and through for over 5,000 yards. He has weapons there, and they are going to be lighting it up, because the referees protect the quarterback now. He is going to get protected, and he has a good line, even though they have suffered some injuries. Their offense is very potent.

With Aaron Rodgers, you are going to get the same thing. There have been some changes they have made, but they are still very, very, potent. The big thing you are going to see is, which one of these teams is going to get off to a fast start: that is why I feel good about the Eagles.

But I wonder with both Tampa and Green Bay, if they get off to a fast start, those divisions are pretty much going to be a done deal. Those teams are able to steal games even if they don’t play well, because they have Hall of Fame quarterbacks. A lot of times, Rodgers or Brady will come back in a game which they really should lose, and they steal it at the end of the game by scoring a late touchdown. That is the reason they have a 12-5 record, which is kind of what I expect out of those guys.

What does the NFC West look like to you?

You have to say the Rams are the favorite, just because they bring pretty much everyone back from a Super Bowl team. They have maybe the best defensive player in the league, in Aaron Donald, and they have the guy I thought was the best offensive player in the NFL last year, Cooper Kupp. He had a year with what he was able to accomplish.

Cooper Kupp might have had the greatest season ever for a wide receiver. How many receivers do you see that have that kind of year, then win MVP of the Super Bowl? He has that kind of connection with his quarterback that you rarely see. He is the son of a quarterback, so he thinks like a quarterback, which is the reason he always runs the routes and is where he is supposed to be at the right time: I think that was one of the reasons he had such success last year, and I expect another great year out of him.

But once again, the key is going to be, how healthy does everybody stay.

Get awesome bonuses for all of your favourite casino games, from free spins on slots to exclusive welcome bonuses.

Want to know what the top 10 sites are for online gambling in Canada? We’ve got them right here.

The best place to start if you want to get into sports betting. Get all the info you need here!

When real money is on the line you need to make sure you’re betting at the right casino. Find the best ones here.

If you’re all about poker, this is the place for you. Find the best poker sites here.